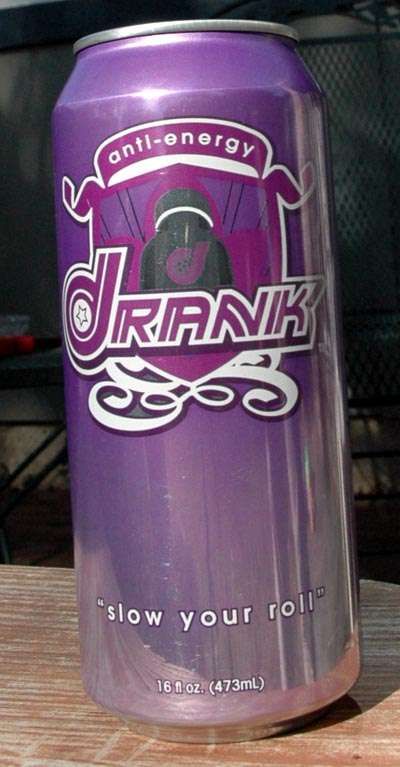 Bianca — June 10, 2008 — Life-Stages
References: sippinsumdrank & houstonsoreal.blogspot
Share on Facebook Share on Twitter Share on LinkedIn Share on Pinterest
Drank is a unique beverage product on the market that is actually being called an "anti-energy drink." Despite the rising popularity in caffeinated products, from soda to chips (seriously), Drank tackles the opposite extreme, acting is the go-to beverage for those needing to unwind.

Although the grape flavoured pop probably tastes like children's chewable Tylenol, its ingredient list sounds like it's a promising solution to heart-palpitation and jitters. Infused with melatonin as well as rose hips and valerian root, the purple-canned beverage is catching on with mellow-seekers in the the southern U.S.

The name is derived from a prescription-strength, purple cough syrup mixture, consumed by members of hip-hop communities seeking a buzz from the codeine and promethazine. It's also known as sizzurp and purple jelly.


Prefer a lift instead? Check out these energy boosters: