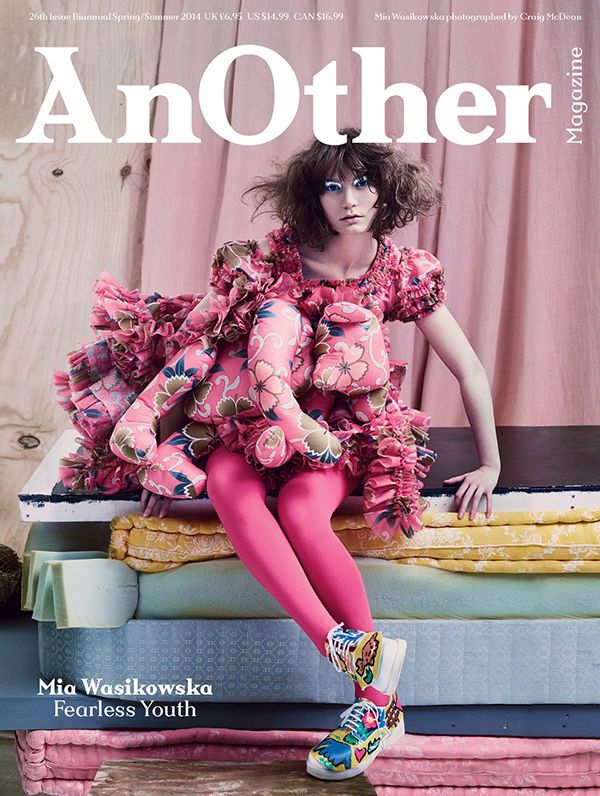 Meghan Young — February 11, 2014 — Fashion
References: anothermag & refinery29
Share on Facebook Share on Twitter Share on LinkedIn Share on Pinterest
The AnOther Magazine S/S14 cover shoot is subtly surreal and entirely eccentric. It stars Australian actress Mia Wasikowska, who is captured in oddball outfits that are fearlessly youthful in an alternative reality type of way. In fact, the looks could easily have been taken from the set of 'Hunger Games.'

Shot by photography duo Craig McDean and Olivier Rizzo, the AnOther Magazine S/S14 cover shoot showcases the imaginative Comme des Garçons S/S14 collection, which suit the off-kilter world perfectly. In the accompanying article, the brunette beauty states, “I’ve been plagued by that, ‘Oh, she’s very mature’ thing, but I’m probably not quite as mature as all that, you know. I didn’t have a typical teenagehood so I have a lot of repressed rebellious teen left over. Every now and then I’ll act out in some unusual way."
4
Score
Popularity
Activity
Freshness
Get the 2021 Trend Report FREE