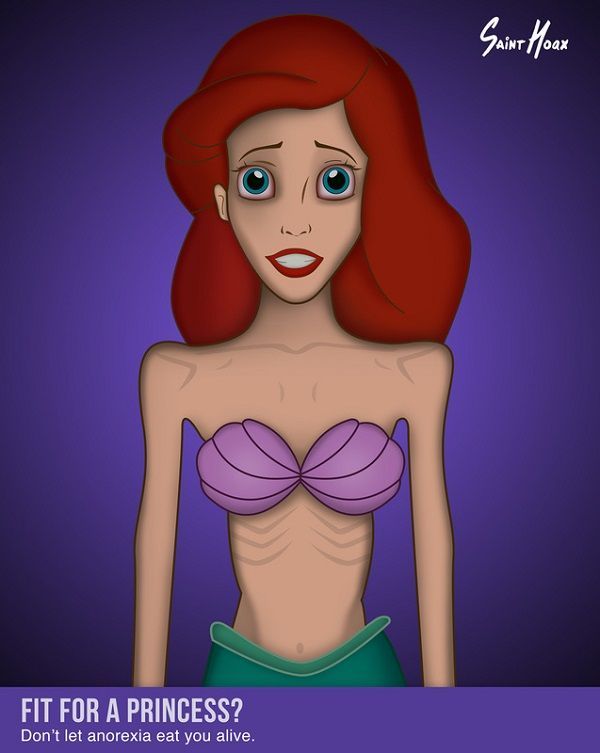 Alyson Wyers — November 14, 2014 — Lifestyle
References: sainthoax & designtaxi
Share on Facebook Share on Twitter Share on LinkedIn Share on Pinterest
In haunting illustrations, artist Saint Hoax draws emaciated and sickly skinny Disney princesses and princes in the name of anorexia awareness. Baring the tagline "Don't let anorexia eat you alive,' the awareness-raising campaign is targeted specifically at children. The Royal Misfits posters speaks to kids who already have or are on the road to having anorexia nervosa and other eating disorders. Youth as young as five years of age are being diagnosed with anorexia in particular.