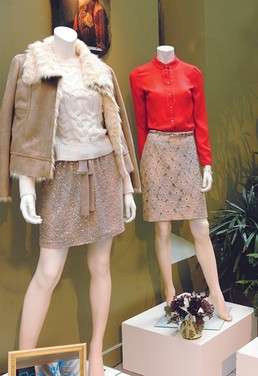 The Ann Taylor Holiday 2011 Preview is Full of Chic Pieces

Souzan Michael — July 25, 2011 — Luxury
References: fashionisgreat & racked
Share on Facebook Share on Twitter Share on LinkedIn Share on Pinterest
While Fall 2011 collections and campaigns have just recently been released, holiday collection previews are also starting to pour in, like the Ann Taylor Holiday 2011 preview. The brand, who is fronted by A-list actress Katie Holmes, has leaked photos of their Holiday collection and it definitely does not disappoint.

The collection debuted at an editor preview at the Garden Room of the Mondrian Soho hotel and the line is made up of chic separates that are made for the modern, working woman. Head designer Lisa Axelson created the collection with Paris in mind. In the fashion world, whenever a designer cites Paris as his or her source of information, you can assume the collection will be flawless.

The Ann Taylor Holiday 2011 preview is enough to get anyone excited about the upcoming winter season.
3
Score
Popularity
Activity
Freshness
Get the 2021 Trend Report FREE