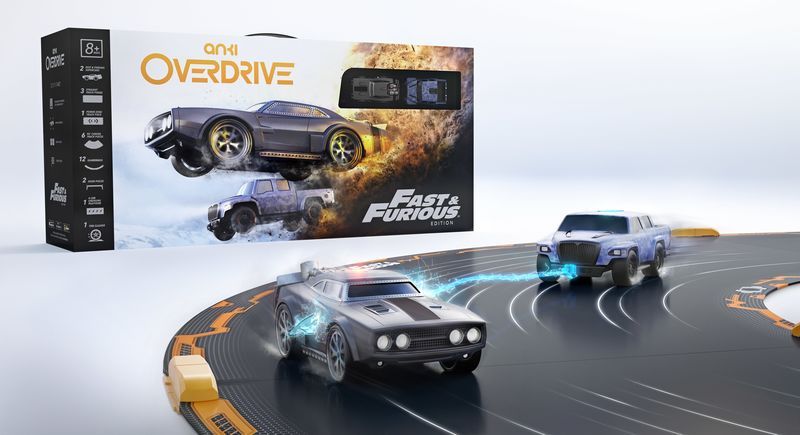 The Anki Overdrive: Fast & Furious Edition are Branded After the Film

Joey Haar — April 27, 2017 — Life-Stages
References: anki & techcrunch
Share on Facebook Share on Twitter Share on LinkedIn Share on Pinterest
The Anki Overdrive: Fast & Furious Edition playset is a new line of toy cars from the hardware company behind popular products like the Cozmo robot. Before Cozmo, Anki focused on its Overdrive line of smart toy cars, but the Anki Overdrive: Fast & Furious line is the first such product to have franchise branding. Of course, the franchise in question is the Fast & Furious film franchise, whose wild success bodes well for the Anki cars.

The fun in the Anki Overdrive line comes in part from the speed of the cars, but their true draw is in the technology. According to the Anki website, "each Supercar is a self-aware robot, driven by powerful artificial intelligence (AI) and equipped with deadly strategy." Users can control a single car themselves, but the robotic competitors will register those controls, learn strategies, and slowly improve as a racer.
4.2
Score
Popularity
Activity
Freshness
Attend Future Festival