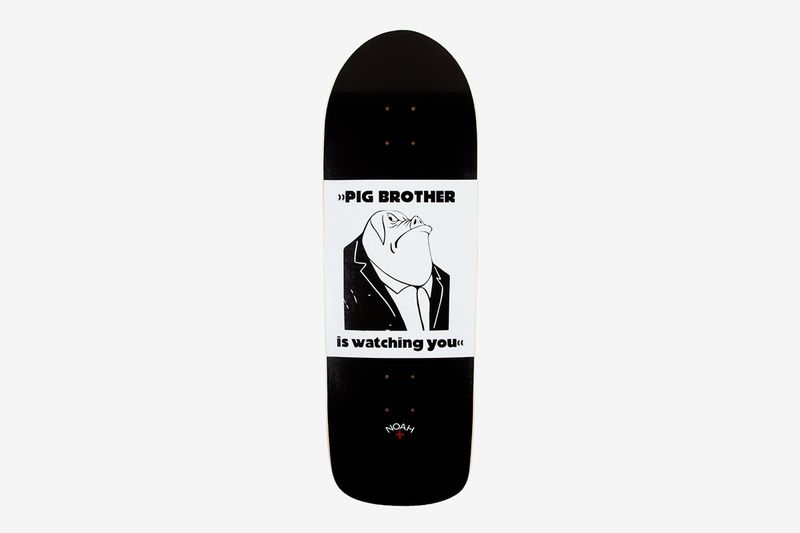 Amy Duong — April 23, 2019 — Fashion
References: noahny & highsnobiety
Share on Facebook Share on Twitter Share on LinkedIn Share on Pinterest
NOAH returns for the Spring/Summer 2019 season with the new Animal Farm collection. It draws direct inspiration from the classic novel by George Orwell. The references capture the universal concepts that are translated in the book, telling the story with visuals that refer to the Halas and Batchelor's animated movie from 1954.

The overall theme is the nature that lies between human behavior and the connectivity to power. NOAH's founder Brendon Babenzien expresses that Animal Farm is a favorite of his, stating that “Orwell created a satire and in doing so critiqued the evolution of the Soviet Union from a Democratic Socialist system to fundamentally a dictatorship [...] for me, it was obvious that the theme was universal and is just as relevant today as ever.” The collection features tees, five paneling hats, a skate deck, and a hoodie.
3
Score
Popularity
Activity
Freshness
Jeremy Gutsche Keynote Speaker