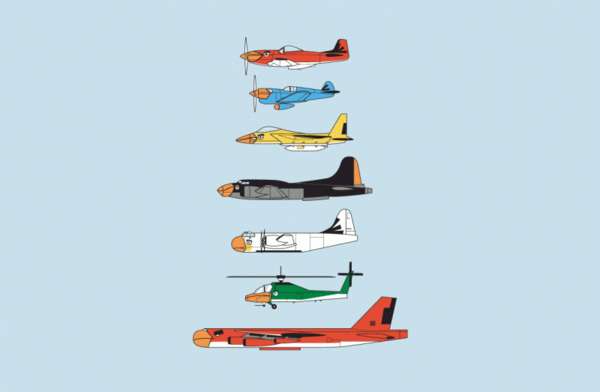 Matt Ho — August 18, 2011 — Fashion
References: bustedtees & streeterseidell
The latest Angry Birds-themed item comes in the form of the 'Angry Planes' t-shirt, which is a clever take on the fiery avians.

The 'Angry Planes' is a shirt designed by Will Schneider that depicts the birds as fighter jets. Each one has been given the vintage, gun-toting, missile-firing aircrafts aesthetic treatment -- they look like they were designed to wipe out enemies from above. This is actually a really clever interpretation since the whole idea of Angry Birds is that they attack airborne; therefore what better way to represent them than in the form of a fighter jet? All the characters are represented in some shape and form as a plane that's ready to pummel the pigs who probably have no idea what's in store.

The 'Angry Planes' shirt makes a great gift for those who just can't get enough of the iPhone game.
2.8
Score
Popularity
Activity
Freshness