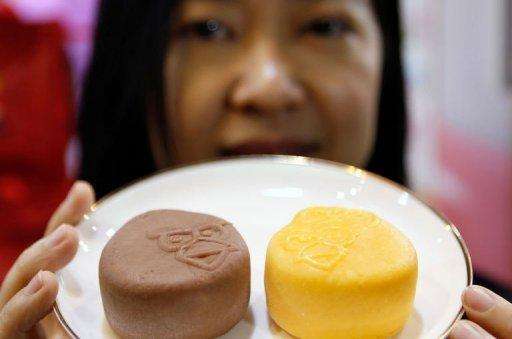 Angry Birds Mooncakes Transform the Game Into a Delicacy

Matt Ho — August 16, 2011 — Lifestyle
References: physorg & ubergizmo
Cake toppers, muffins and now the Angry Birds Mooncakes have made their way onto the market.

For those who are unfamiliar with the term mooncakes, they're a traditional Chinese dessert traditionally eaten during the Mid-Autumn Festival. Usually they're filled with a variety of pastes such as red bean and lotus seed. Now, the fiery avians are taking part in Chinese tradition by taking the form of the Angry Birds Mooncakes at a famous Hong Kong bakery chain called Maxim's Group.

These tasty delicacies will take the form of the characters from the game and will have the flavors of chocolate, mango and pomelo. With the Mid-Autumn Festival falling in September this year, citizens of Hong Kong will be enjoying their own taste of Angry Birds mooncake very soon. Hopefully it'll make its way to markets outside of Asia.
1.7
Score
Popularity
Activity
Freshness