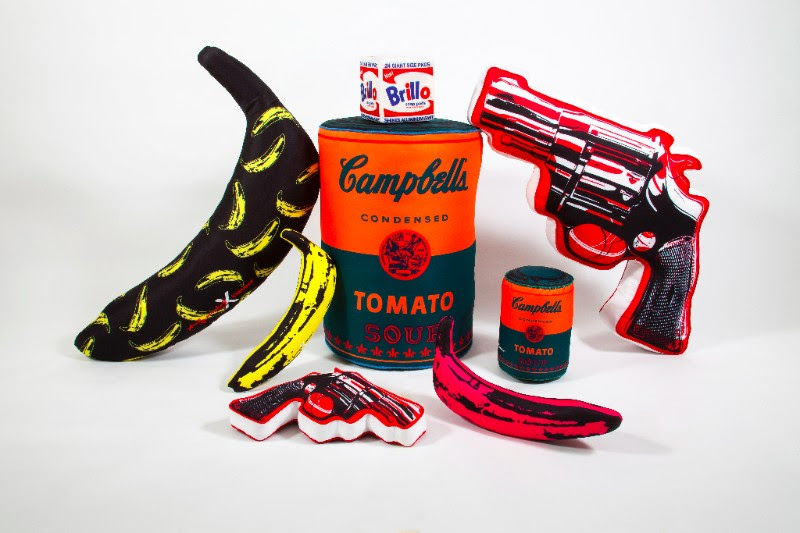 Joey Haar — December 13, 2016 — Art & Design
References: kidrobot
Share on Facebook Share on Twitter Share on LinkedIn Share on Pinterest
Kidrobot's new limited-edition plushies, called the 'Andy Warhol Plush' series, make overt references to some of the mid-century pioneer's most recognizable works. The plushies in the series include bananas, a revolver, a Campbell's soup can and a case of Brillo pads, all styled in Warhol's pop art motif. The plushies are ideal for the bedroom of a Postmodern art fanatic.

Beyond the overt stylistic references to Warhol, the Andy Warhol Plush series is philosophically in line with Warhol's impetus. For Warhol, painting, drawing and otherwise portraying regular objects as art was an intense irony that his projects always addressed. By portraying Warhol's own work in something as comforting as a set of stuffed pillows, Kidrobot is cleverly reversing that philosophical stance while still hitting at the core conflict of art and consumerism.
6.1
Score
Popularity
Activity
Freshness
Get Trend Hunter Dashboard