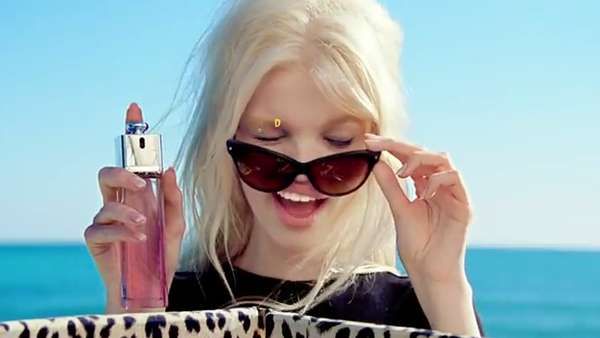 The 'And Dior Created Woman' Video is Vibrant & Playful

Katherinev123 — June 27, 2012 — Fashion
References: dioraddict.dior & brandingmagazine
Share on Facebook Share on Twitter Share on LinkedIn Share on Pinterest
The 'And Dior Created Woman' video is the latest effort by French fashion house Dior to promote its Dior Addict fragrance. Directed by Jonas Akerlund, the fun and fresh film was inspired by the scene from the 1956 movie '...And God Created Woman' directed by Roger Vadim.

The star of the playful video is model Daphne Groeneveld, who frolics around on Saint Tropez beach to the song 'I Love You Ono' by Stereo Total. The 'And Dior Created Woman' film is lighthearted and vibrant, featuring Groeneveld in 60s-style clothing and accessories. After a spritz of Dior Addict, the blonde bombshell is up and dancing, playing behind pink and leopard print screens.