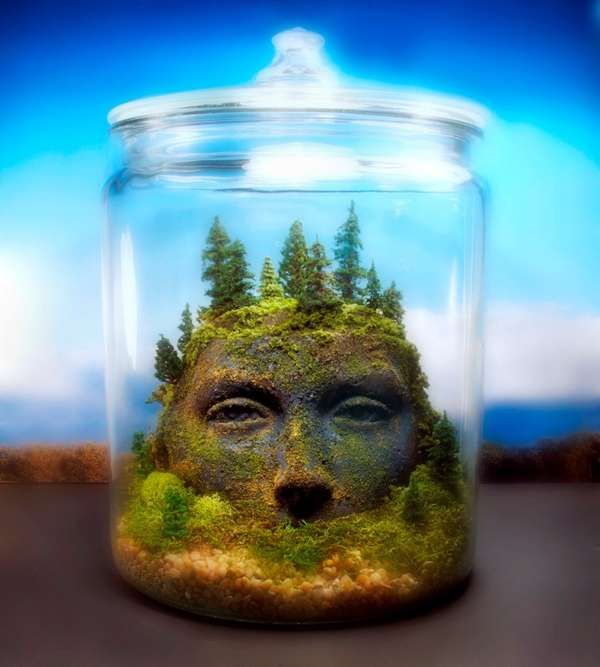 The Ancient Goddess Ruins by Tony Larson is Enchantingly Fake

Meghan Young — June 22, 2012 — Art & Design
References: etsy & mymodernmet
Share on Facebook Share on Twitter Share on LinkedIn Share on Pinterest
Entirely enchanting, the Ancient Goddess Ruins art piece is not what it appears to be at first. Although easily mistaken for a real organic masterpiece, no plants were used to create the captivating sculpture within the 13-inch glass jar. Instead, the faux fantasy forest allows people lacking that special green thumb to add a bit of greenery to their home or office without fear of it dying on them.

Created by Tony Larson, aka Megatone230, a sculptor based in Minneapolis, the Ancient Goddess Ruins terrarium is certainly a conversation starter, as he states on his Etsy page. Despite the knowledge that this art piece is a contemporary creation carved by a common man, people will nevertheless be unable to resist the urge to talk about its possible origins and inspiration behind it.
2.9
Score
Popularity
Activity
Freshness
Attend Future Festival