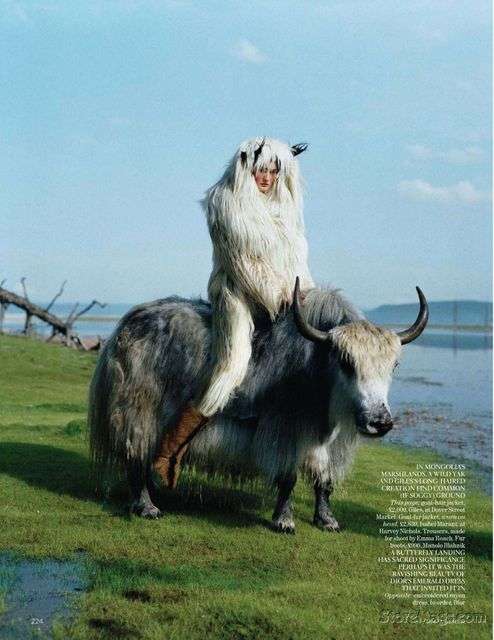 The 'An Awful Big Adventure' Shoot is Wildly Wonderful

Meghan Young — November 6, 2011 — Fashion
References: guardian & fashioncopious.typepad
The 'An Awful Big Adventure' editorial is aptly titled. Model Kirsi Pyrhonen embarks on an awfully big adventure in some part of the Himalayan region. Immersing herself in the native culture, she is not just a stylish waif set against a rural backdrop. Pyrhonen actually interacts with her surroundings, giving her fashion looks more depth and perspective.

Shot by famed fashion photographer Tim Walker for Vogue UK's December 2011 issue, the An Awful Big Adventure photoshoot even sees Pyrhonen mount a yak. Granted, the yak probably thought it was one of its own kind considering the outfit she was wearing at the time. Reminiscent of Max from 'Where the Wild Things Are,' this furry suit will definitely get a lot of attention both in and out of the fashion industry.
3.9
Score
Popularity
Activity
Freshness