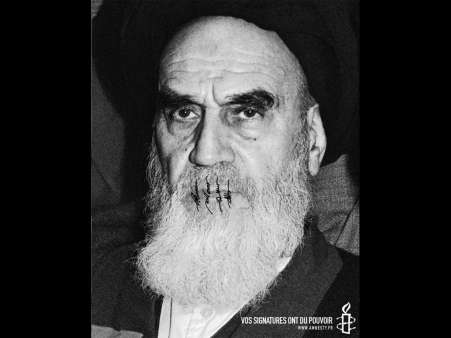 The Amnesty International Portrait campaign consists of print ads showing black and white portraits of famous dictators with their mouths being shut using signatures. The accompanying message is "Your signatures have power" to stand up to dictators all over the world and stop the torture and violence.

The campaign combines elements of two campaign that Trend Hunter has featured recently. In addition to the aforementioned Signatures campaign, we have presented a political tape ad that silences Bush and ChÃ¡vez among others. Check them out below.