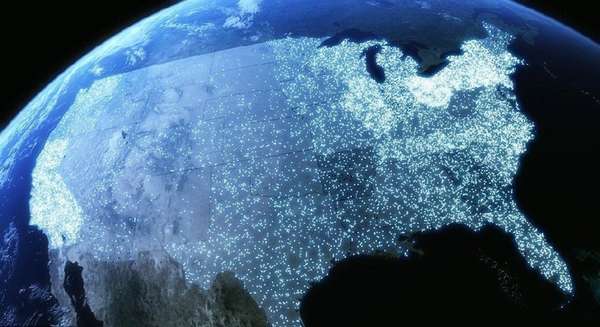 The America Revealed Series by PBS Shows the Country's Inner-Workings

Meghan Young — June 29, 2012 — Lifestyle
References: pbs.org & mymodernmet
Share on Facebook Share on Twitter Share on LinkedIn Share on Pinterest
The America Revealed series does exactly as its title suggests. It reveals the inner workings of America, showing how such an expansive country can function so well. Revolving around ethereal aerial data maps, the America Revealed series provides graphic visualizations of interconnected systems that help to keep the country running smoothly everyday and throughout history.

Inspired by BBC's Britain From Above, the America Revealed series was created by PBS. Showcasing a slew of original data, it explores such topics as the distribution of the unemployed and Domino's Pizza's raw ingredients' delivery routes. The America Revealed website boasts, "Viewers will discover a fascinating new perspective on the hidden patterns and rhythms of American life, by looking through the eyes of individuals who all play a part in keeping America fed, moving, powered and making goods."