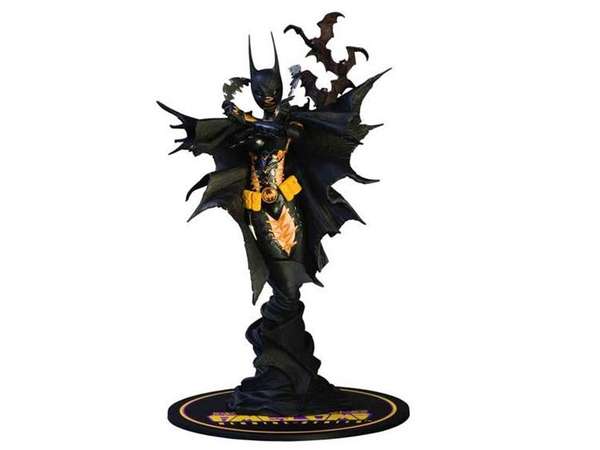 Ame-Comi Figures are a New Take on Comic Book Heroes

Jami M. Lynn — January 7, 2010 — Life-Stages
References: dccomics & bigbadtoystore
Share on Facebook Share on Twitter Share on LinkedIn Share on Pinterest
For decades, the superhero/comic book character figure industry had a pretty basic type of collectible figure -- the action figure. Over the past several years, an artistic revolution has taken place and the marketplace is now showing amazing diversity as artists are reinterpreting classic comic book heroes.

One of the most unique new interpretations is the Ame-Comi line of characters from DC Direct. Launched in 2009, the Ame-Comi line of Heroines brought the distinct features of Japanese Manga to American comic book characters. The initial figures -- Wonder Woman, Batgirl, Cheetah and Catwoman -- were hugely popular and sold out quickly. The lines has since added second versions of Wonder Woman, Catwoman and Batgirl, as well as new additions such as Black Canary, Robin (as a girl), Huntress, Poison Ivy, Zatanna, Steel, Supergirl, Power Girl, Wonder Girl, Donna Troy and now the first male in the Ame-Comi line, Batman.

The Ame-Comi figures are beautifully sculpted, with all the attention to detail we’ve come to expect from the artists of DC Direct. Considered collectibles rather than toys, the Ame-Comi are meant to be displayed instead of played with.