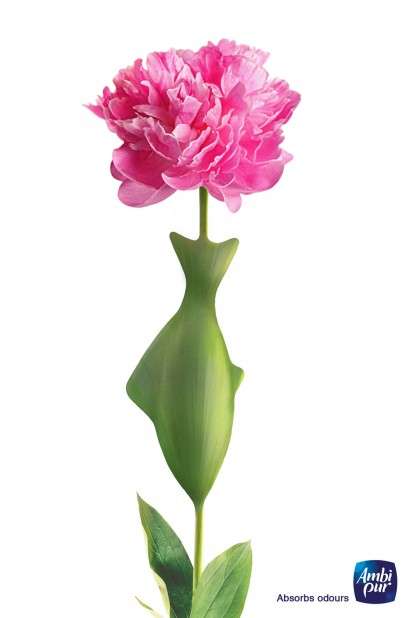 Meghan Young — April 28, 2012 — Marketing
References: grey & ibelieveinadv
Share on Facebook Share on Twitter Share on LinkedIn Share on Pinterest
Flowers may generally be viewed as passively beautiful, but the Ambi Pur Absorbs Odors ad campaign gives them a little bit of a bite. Inspired by snakes, the flowers featured in these print ads have gobbled up their smelly prey whole. From fish to garlic, nothing is safe around these home fragrance devices.

The Ambi Pur Absorbs Odors ad campaign was conceived and executed by Grey, an ad agency based in Moscow, Russia. A minimalist campaign in general, the fantastical element in each of the illustrations by Konstantin Portnoy give it a refreshing twist that will grab people's attention almost immediately. Not to mention that it is very memorable.