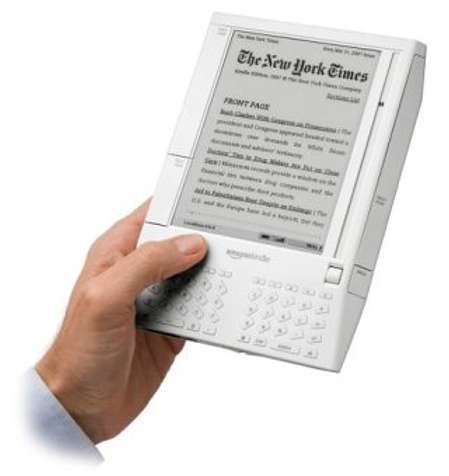 Ben Preiss — January 3, 2008 — Tech
References: igorsk.blogspot & crave.cnet
Share on Facebook Share on Twitter Share on LinkedIn Share on Pinterest
Using a screw driver, a soldering iron and much programming skill, Igor Skochinsky hacked the Amazon Kindle and discovered a number of undocumented features and shortcuts including a basic photo viewer, a minesweeper game and most interesting a location finder using Google Maps and the Kindles built-in CDMA networking. If you find the process of reverse engineering hardware at all interesting, take a look at Igor's blog.

Implications - Perhaps these hacked Kindle features will someday be a part of its basic functions. After all, the iPhone already has millions of apps, why can't our lovable commute reading companion start dishing out functions that let us do other things as well? It won't be long until people get a Kindle that stores thousands of songs
3
Score
Popularity
Activity
Freshness
Attend Future Festival Virtual