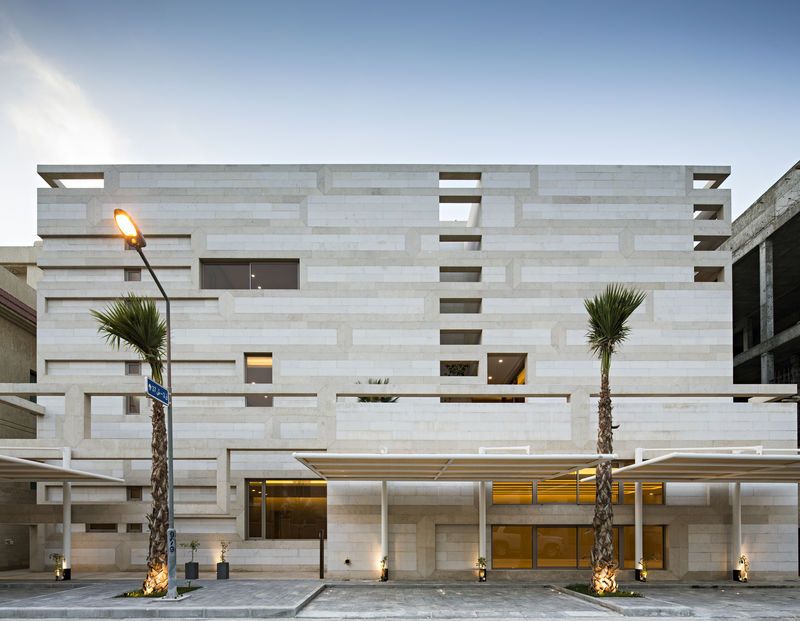 'Altruistic House' Looks to Maximize Space on a Narrow Street

Joey Haar — January 17, 2018 — Art & Design
References: archdaily
Share on Facebook Share on Twitter Share on LinkedIn Share on Pinterest
'Altruistic House', a building in Nuzha, Kuwait, is deceptive in more ways than one. Firstly, despite its name, Altruistic House isn't a private residence at all; it's an office building. Second, the building is located on a narrow street, so it uses a clever illusion to help increase the feeling of spaciousness.

Human perception is often tricked by illusions, and the use of lines to represent space is one of the most common of those tricks. Most people are probably familiar with the optical illusion in which two parallel lines of the same length look different because of inverted V-shapes on either end of those lines. Altruistic House aims for something similar, with horizontal stripes along the width of the facade that make it look much longer than if there were vertical striations (or nothing at all).
3.7
Score
Popularity
Activity
Freshness
View Innovation Webinars