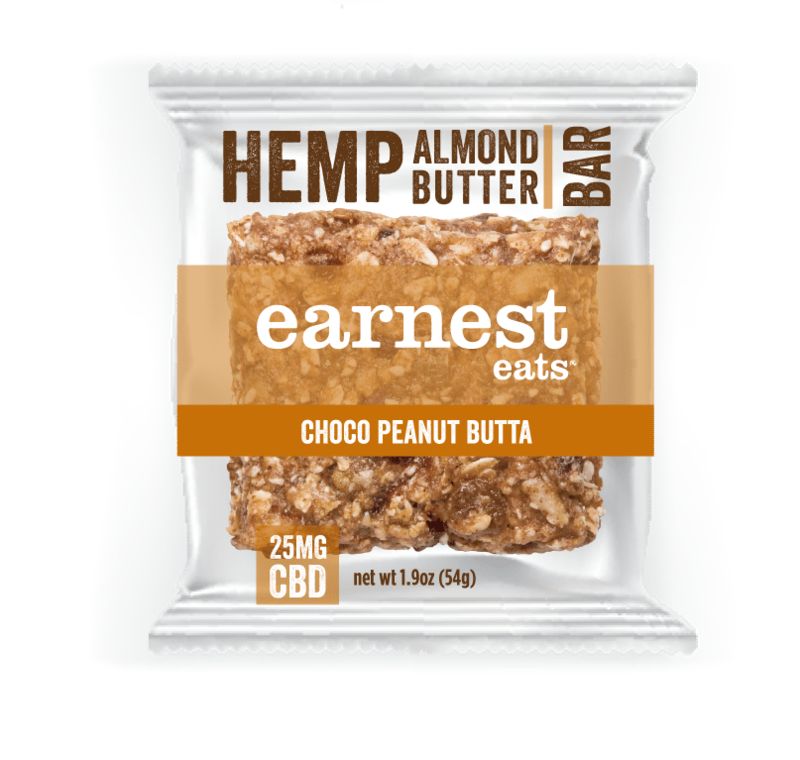 Laura McQuarrie — February 21, 2020 — Lifestyle
References: earnesteats & nosh
Earnest Eats is reinventing the satisfying almond butter bar with a Hemp Almond Butter Bar of its own that contains 25 milligrams of CBD. The new CBD-infused snack is launching in Choco Peanut Butta to start, with more flavors to follow in the future.

The nourishing CBD-infused snack bar boasts four grams of fiber and six grams of protein from whole-food nut butters rather than added protein powders. According to Andrew Aussie, president and founder of Earnest Eats, the snack was created to fulfill the office's own desire for a CBD-infused snack. As Aussie describes, "There are a few CBD snacks on the market, but we had trouble trusting them, as some are overloaded with copious amounts of CBD or added sugars and preservatives."