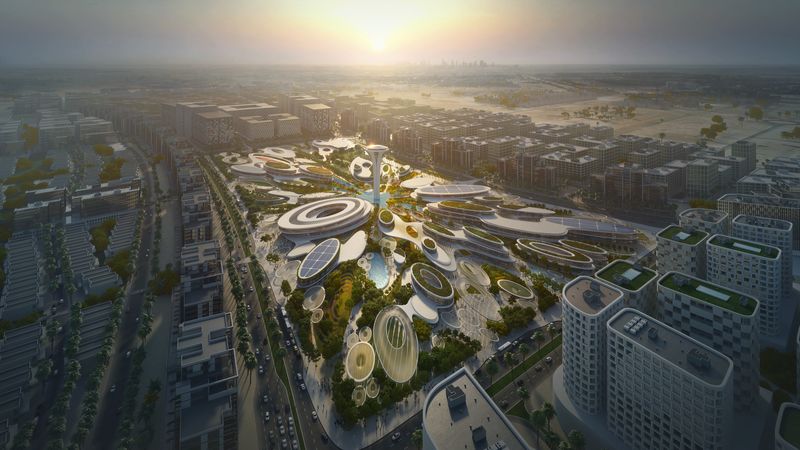 Joey Haar — March 7, 2018 — Art & Design
References: zahahadidarchitects.cmail20
Share on Facebook Share on Twitter Share on LinkedIn Share on Pinterest
Zaha Hadid Architects, the celebrated international architecture and design firm, has recently won a contest for the Aljada Central Hub, the centerpiece of the masterplan for Sharjah, UAE. The winning concept for the city's landmark, 1.9 million square foot park looks distorted at first, but that's an intentional facet of the fascinating design.

At the approximate midpoint of the Aljada Central Hub is an observation tower that will be open to the public. The various recreational buildings surrounding that tower, including tensile canopies over gardens and vibrant public squares, will all be ovoid shapes that incline toward the tower. This gives the park as a whole the appearance of implosion, like massive objects being sucked into a black hole. In all, the illusion represents the massive importance of public space in society.
3.7
Score
Popularity
Activity
Freshness
Get the 2021 Trend Report FREE