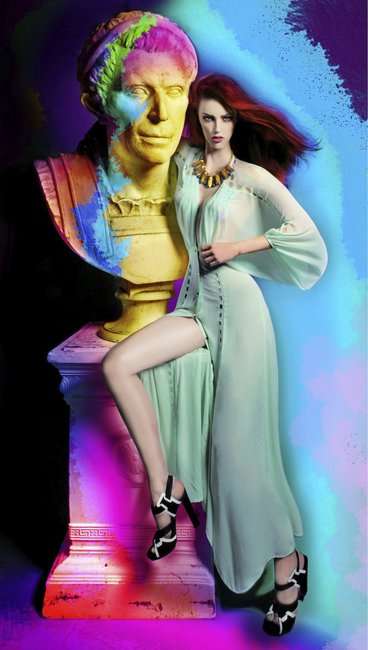 The contrast between a classical Greek statue (as is being used in the campaign) and the brightly hued colors is stark, but somehow mixing the two creates an awesome tie-dye effect. The effect was in fact a post-add to the shoot, imposing the color onto the stark-white Grecian statues. With peplum waists, the Grecian-goddess look perfectly incorporated the line by Alice McCall for the Pre-Summer 2013 season.