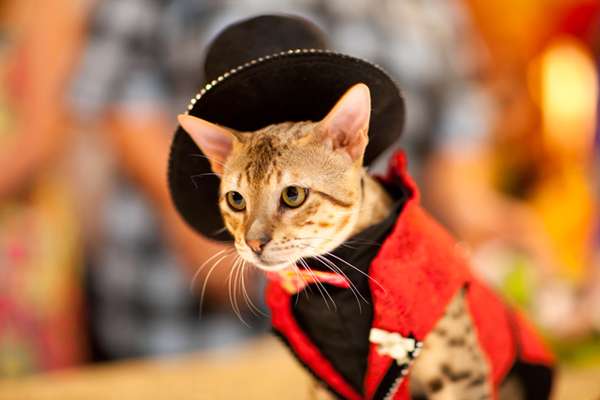 Cody Turner — August 15, 2012 — Fashion
References: complex & gothamist
A series of photographs were recently taken at the lastest 'Algonquin Hotel Cat Fashion Show' by photographer Katie Soloker, and some of these cats are to die for.

The Algonquin Hotel in New York City held its annual cat fashion show last week, an event that brings a whole new meaning to the term "catwalk." Just like the parents who dress up their little children for Halloween or beauty pageants, there are pet owners out there who do the same with their kitties.

The event was filled with many feline critters dressed up in all kinds of glitz and glam. The costumes that some of these cats were forced into are downright hilarious, and the show seemed to feature many hairless contestants. The hotel is hoping for a bigger turn out in 2013, since the event has been in decline ever since its peak in 2010.
6.2
Score
Popularity
Activity
Freshness