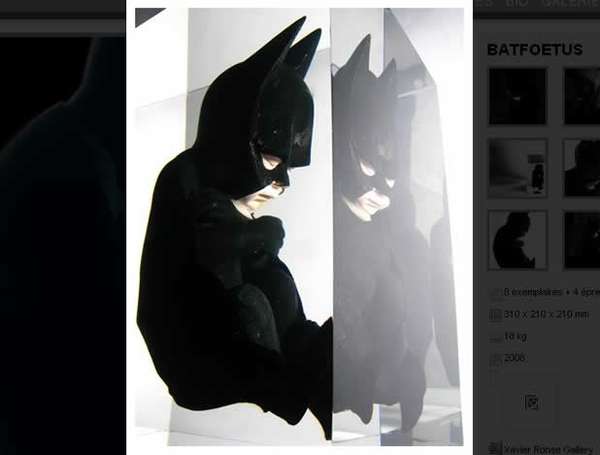 Alexandre Nicolas is a talented French sculptor who shows that even though some comic book heroes acquire power, perhaps they were born that way. He's taken several iconic figures and have transformed them into their prenatal selves dressed in their costumes. Each character has been cased in a transparent cubicle, and are seen in fetal position. Some of the familiar heroes Nicolas showcases includes Batman, Superman, Spiderman and even the Incredible Hulk as their much, much younger selves.