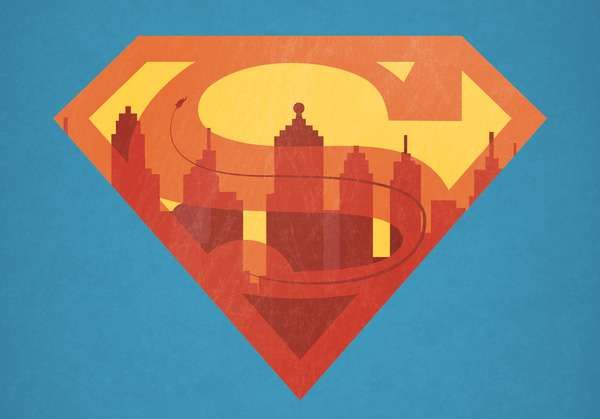 Jason Soy — May 3, 2012 — Pop Culture
References: behance.net & herochan
Share on Facebook Share on Twitter Share on LinkedIn Share on Pinterest
Alex Litovka reminds viewers that, although superheroes are badasses in their own right, they are made much more awesome thanks to their chaotic backdrops. He has thus created a series of minimalist posters which feature silhouettes of each respective vigilante’s home, from the crime-ridden Gotham of Batman’s world to the great city of New York in Spider-Man’s. The metropolises are depicted within each crusader’s signature emblem and there are six posters in all. Other world protectors in the series include Captain America, Punisher, Flash and The Man of Steel himself, Superman.

Alex Litovka is a Warsaw, Poland-based graphic designer, specializing in branding, digital art and packaging. Outside this pet project series, his impressive portfolio features personal interpretations of what beer cans, coffee cups, team logos and even Facebook ads could look like.