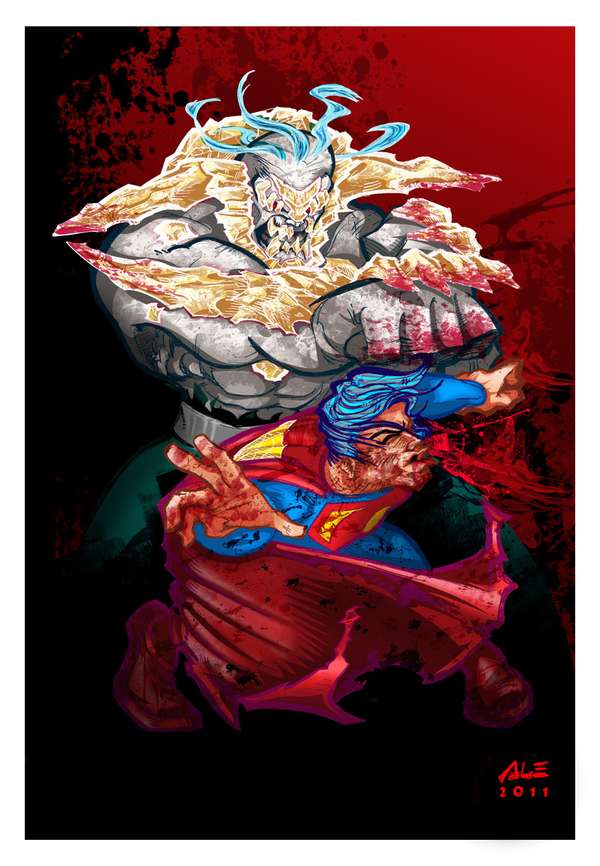 Jason Soy — December 7, 2011 — Pop Culture
References: aleroger.deviantart & herochan
A hero's true worth is measured by the threat he or she is up against, which is why Alejandro Roger illustrated Superman and Batman getting brutally pummeled by their most physically punishing opponents. After all, a hero that can easily apprehend a foe is essentially a bully, but a hero who can overcome someone that can make him or her feel diminutive is truly special and worthy of countless stories.

In these Alejandro Roger illustrations, Superman literally has the blood knocked out of him by the hands of Doomsday. Roger appropriately names the image 'The Death of Superman,' and viewers can almost feel the pain the omnipotent alien from Krypton is going through.

Rogers renders the picture beautifully with a kind of psychedelic feel to it, and he does the same for Batman with his nemesis Bane.
1.2
Score
Popularity
Activity
Freshness