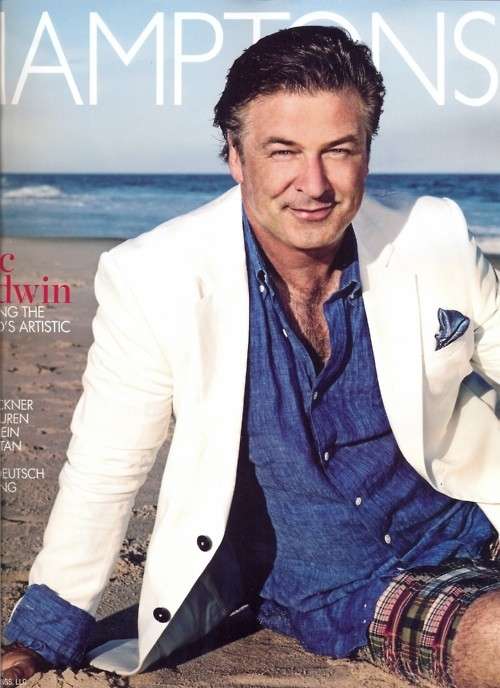 Corinne Guirgis — September 7, 2011 — Celebs
References: hamptons-magazine & buzzfeed
Holy hometown hero -- the Alec Baldwin Hamptons Magazine spread will throw Jack Donaghy fans for a loop at it takes the notorious city celeb in the country. The NBC 30 Rock executive powerhouse is no longer, as he slums it in the rural east end dressed head to tow in anything from linen beach digs to denim overalls and a straw hat.

The accompanying interview to the shoot was done by Christina Haag, who digs deep into Baldwin's long standing relationship with the Hamptons, rooting back to childhood visits with his father. But the interview itself is not what's making headlines in the Blogosphere, it is the photographs by Mary Ellen Matthews, which showcase a different side of the superstar and bring him back down to earth.

Implications - The widely held obsession with celebrity culture often has consumers feeling personally connected to celebrities based on a public persona. Intimate interviews and photoshoots are a primary means of either enhancing this connection or correcting some of the common misconceptions that exist about the public figure.
1.3
Score
Popularity
Activity
Freshness