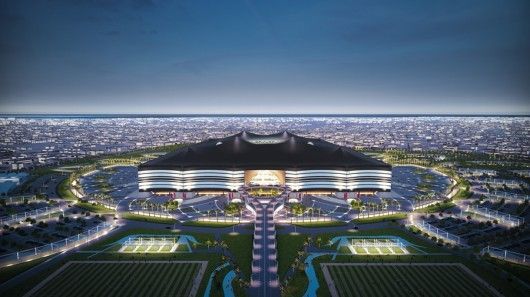 The stadium's design is inspired by the Bayt Al Sha'ar, a traditional tent used by nomadic people in Qatar and surrounding areas. The stadium's black-and-white striped exterior mimics the traditional tent's external appearance, while the red-patterned interior will be reminiscent of the tents' covered hospitality sections.

The Al Bayt stadium and its surrounding areas will be constructed using energy-efficient measures and green material, and the stadium is expected to attain LEED and GSAS certification.

The stadium will seat 60,000 spectators. Once the World Cup concludes, the stadium's capacity will be reduced by nearly half, with removed seats being reconfigured and donated to under-developed countries.
4.3
Score
Popularity
Activity
Freshness
Get Trend Hunter Dashboard