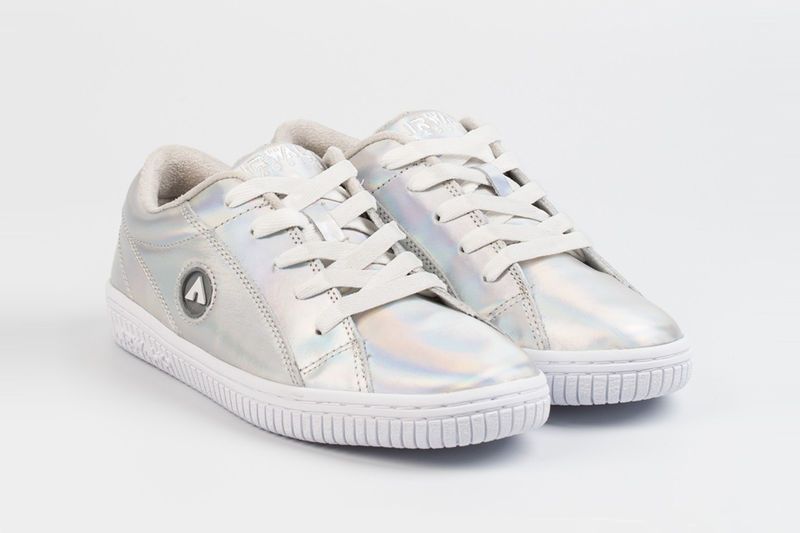 The Release of These New Airwalk Sneakers Breaks the Brand's Hiatus

The sneakers stay true to the classic silhouette, and feature Airwalk's unique logo on the sides of the uppers. Although there's more traditional-looking colorways available, like red and navy, the most interesting pair is made from a patented iridescent leather. Due to its use of the unconventional material, the sneakers have a futuristic edge to them, as they look as though they were constructed from shiny silver.

The tongues of the sneakers feature Airwalk's branding as well, and all of them have classic white soles to split up the simplistic colorways a little.
2.1
Score
Popularity
Activity
Freshness
Get the 2021 Trend Report FREE