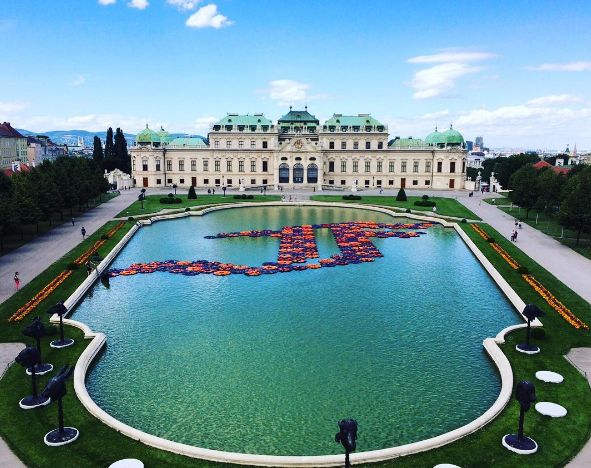 Erica Francis — July 20, 2016 — Art & Design
References: news.artnet & highsnobiety
Share on Facebook Share on Twitter Share on LinkedIn Share on Pinterest
Ai Weiwei's art can be beautiful but also controversial. As both an artist and an activist, his work touches on gritty hard-hitting political topics. His latest art installation, 'F. Lotus', is placed in a massive pond at Vienna's Belvedere Palace. The contemporary piece was created to address and speak out against the refugee crisis happening in Europe.

The floating installation is comprised of 1,005 life jackets found on the Greek island Lesbos. To give the impression of the lotuses, Weiwei created numerous circular patterns by tying five life jackets together to represent each flower. As the name suggests, the 201 circles were laid out to form the letter "F."

Ai Weiwei's art has received considerable media attention and some companies have used that to their advantage. Art galleries around the world have presented his work in special collections and charged patrons premium prices to get a view. A documentary was made on the artist, which eventually got picked up by Netflix and major online retailers like iTunes and Amazon.
4.5
Score
Popularity
Activity
Freshness
Get Better and Faster