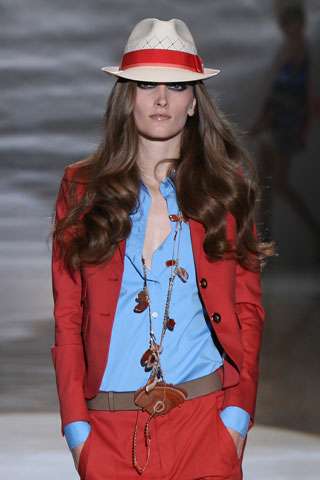 Bianca — June 8, 2009 — Luxury
References: jckonline & style
Polish up your wardrobe with Agate this season. The semi-precious stone has been featured everywhere from the Miss Bikini Luxe S/S 2009 show to Daria Werbowy’s wrist on the May 2009 cover of Vogue Italia.

Agate is a “microcrystalline variety of quartz,” as Wikipedia puts it, and is a dazzling stone that comes in rich tones ranging from aquatic azures to ripe plums. It’s found within different types of stones, often volcanic rock.

So how to wear agate? It pairs beautifully with denim, and since the look jean look is very in this season, this could become your must-have accessory! Agate also looks fabulous against a simple white tee, pops against black or juxtaposes well with bright flowing summer dresses.