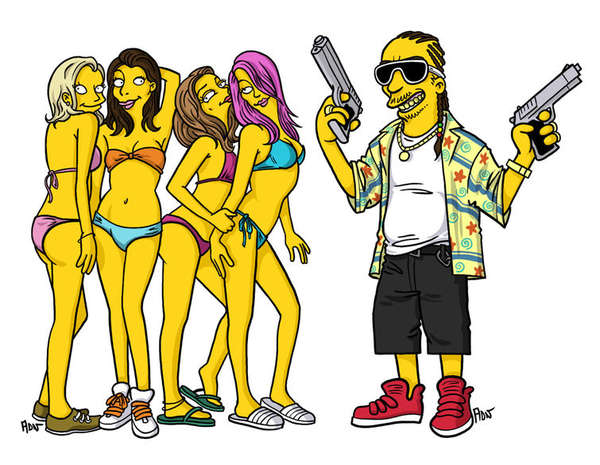 Meghan Young — July 17, 2013 — Pop Culture
References: drawthesimpsons.tumblr & fastcocreate
Share on Facebook Share on Twitter Share on LinkedIn Share on Pinterest
'The Simpsons' may be known for its timely guests stars, but for artist Adrien Noterdaem, they aren't timely enough. If he had it his way, all of his favorite pop culture characters would have made it onto the silver screen by now. As it stands, Adrien Noterdaem has 'cartoonified' them to satisfy this desire. From Ryan Gosling's character in 'Drive' to the cast of 'Breaking Bad,' he tackles quite a few people.

Based in Brussels, Belgium, Adrien Noterdaem's illustrated works was first brought to light with his rendition of 'Game of Thrones' characters. Adrien Noterdaem opens up about starting the series, “At first, It was the idea of doing some guests who might never be guests on The Simpsons."
6.9
Score
Popularity
Activity
Freshness
Access Advisory Services