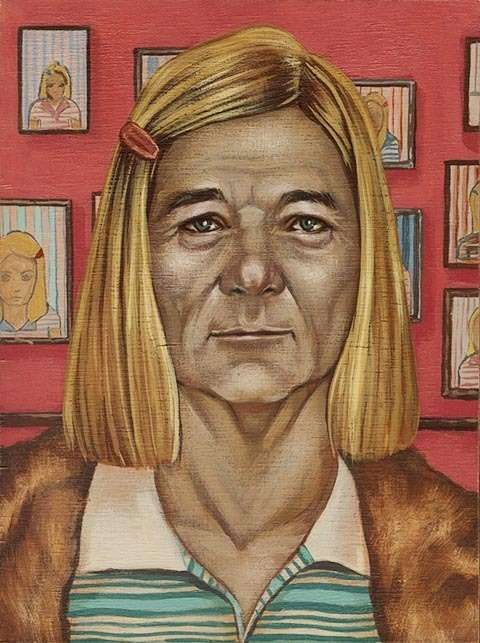 Kristin Elsley — July 4, 2013 — Art & Design
References: caseyweldon
Share on Facebook Share on Twitter Share on LinkedIn Share on Pinterest
Casey Weldon cleverly paints a new relationship for actor, Bill Murray, and director, Wes Anderson, in his series of actor/director partnership paintings. The Wes Anderson-created character portraits feature Bill Murray as the leading face for all of the characters he didn't play in the indie director's flicks.

Wes Anderson is known for working with many of the same actors and crew on varying projects. Bill Murray, being one of his leading male muses. He has starred as unforgettable, awkward characters in Rushmore, The Royal Tenenbaums, Fantastic Mr. Fox, and most recently Moonrise Kingdom. Weldon's 6"x8" pieces conceptualize

"what if it could be all Murray, all the time?”

From blonde, depressed Margot Tenenbaum to young, childhood lovers Sam and Suzy, Bill's face is perfectly rendered and matches the mood of each Anderson character. The combination proves this is one actor/director partnership that should last.
2.9
Score
Popularity
Activity
Freshness
Attend Future Festival