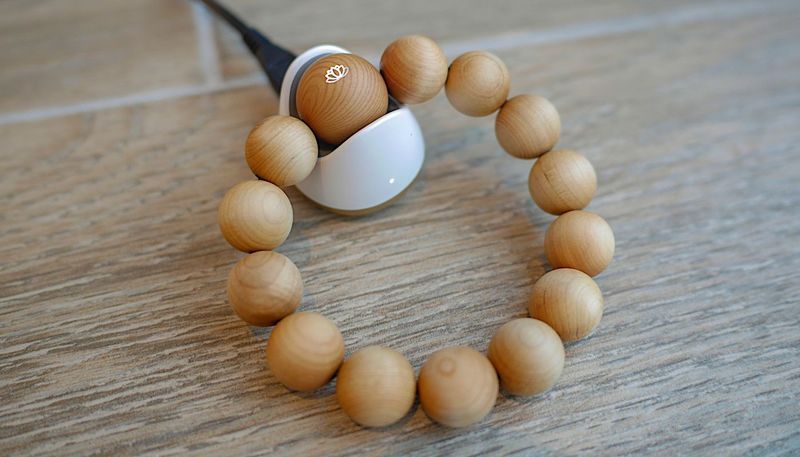 Justin Lam — March 7, 2018 — Fashion
References: lionsroar & digitaltrends
Share on Facebook Share on Twitter Share on LinkedIn Share on Pinterest
Acer is no stranger to wearable technology, but its new Acer Leap Beads are changing the wearable landscape by focusing on spirit over sport. The unique wearable is aimed almost directly at Buddhists, and are designed to count the number of mantras spoken during prayer time. The wearable tech hopes to make meditation and prayer easier, as users can focus more on what is being said, rather than counting their mantra repetitions.

The Acer Leap Beads come in an understated, but stylish box, equipped with a wireless charging stand. The battery inside the beads should last for about four days before recharging.

The wearable is constructed of wood, with the largest bead being the "smart" bead. The largest bead features a lotus flower engraving on it, which will light up when the beads are being charged. The Acer Leap Beads can link to a companion smartphone app, with the primary feature of the app being a counter for the number of times the beads are rotated in the hand.
6.9
Score
Popularity
Activity
Freshness
Get the 2021 Trend Report FREE