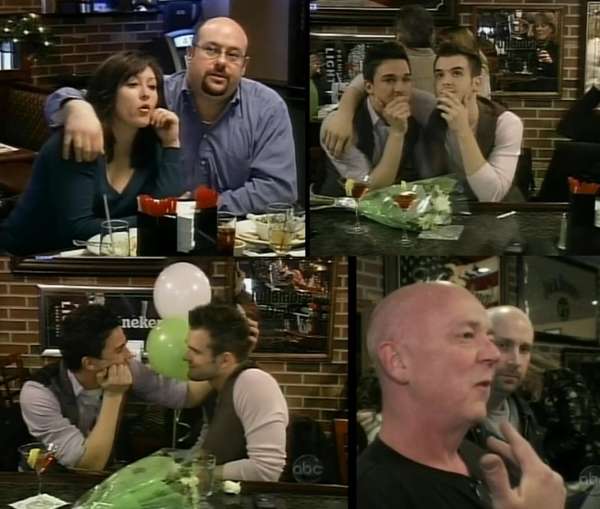 mediterranean — March 25, 2009 — Social Good
References: a.abcnews & homotography.blogspot
Share on Facebook Share on Twitter Share on LinkedIn Share on Pinterest
With the contradiction between the increasing awareness and positive support gay people have achieved in the media and pop culture over the past decade, and the recent overturn of same-sex marriage in California, ABC news ran an undercover experiment, as part of their “What Do You Do?” special segment, to test the open-mindedness of the American public towards homosexuality at a typical straight sports bar.

The experiment involved undercover actors playing a straight couple, a gay couple, and a homophobic gay-basher. The goal was to see how the public would react to similar affection coming from the heterosexual and homosexual couple, and how they deal with homosexuality when they are faced with it in real life, not on TV screens.

Check out the video to see how it all went down.
1.8
Score
Popularity
Activity
Freshness
Attend Future Festival Virtual