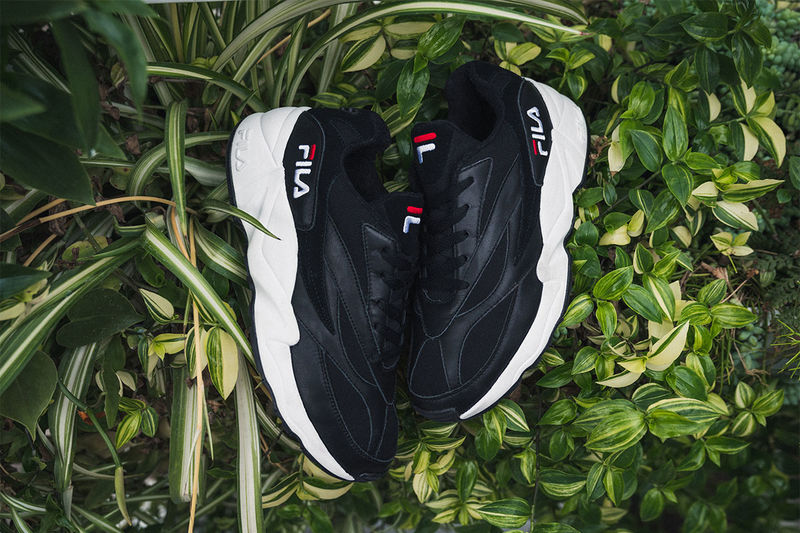 Amy Duong — July 16, 2018 — Fashion
References: zalando & highsnobiety
Share on Facebook Share on Twitter Share on LinkedIn Share on Pinterest
FILA recently revived one of its most iconic archival silhouettes, the 94 sneakers, and the classic piece received two new colorways for the summer season. The traditional chunky shoes, originally named 'Venom' made their first debut back in 1994. The shoe's uppers are constructed from a blend of both leather and mesh materials, all sitting on top of a white midsole. Notably, the toebox sees the silhouette's signature detail of a viper fang design.