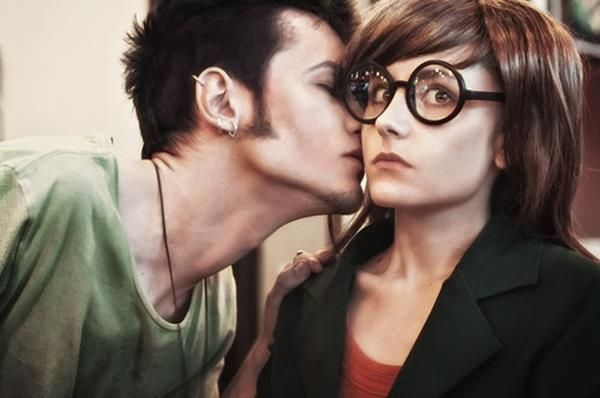 Three Friends Dressed Up as the 90s Cartoon Daria, Trent and Jane

The pictures from the 90s cartoon cosplay series feature the characters in different settings as they were in the animated series and each of them have that blank, emotionless expression on their faces.

Daria's attitude representation isn't as convincing as her two friends, but her costume is perfectly matched from the green blazer to the circular-rimmed glasses. With heavy makeup, costumes, wigs and props, this Daria trio is a great real life version of the 90s cartoon. It's great when cosplayers bring back old cartoons into light because it keeps giving people nostalgia for old favorites and introduces them to new audiences.
1.5
Score
Popularity
Activity
Freshness
Jeremy Gutsche Keynote Speaker