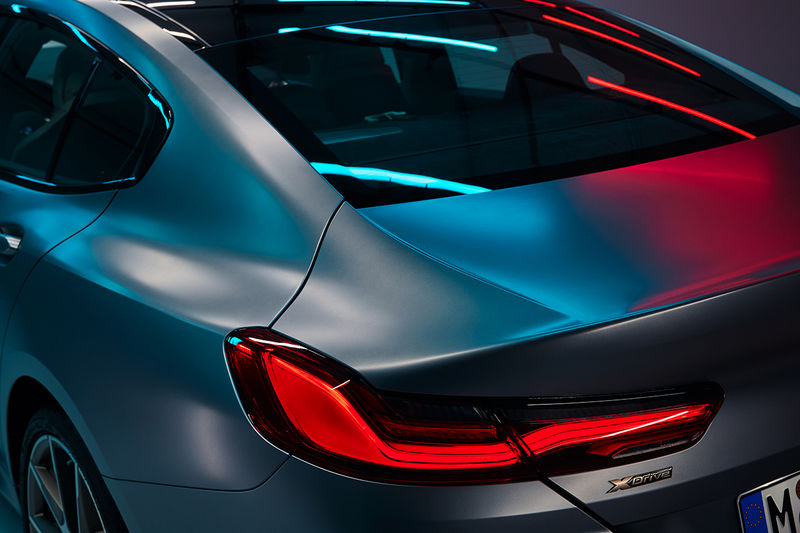 Daniel Johnson — July 1, 2019 — Autos
References: bmwgroup & hypebeast
Share on Facebook Share on Twitter Share on LinkedIn Share on Pinterest
BMW has made public its 8 Series Gran Coupe M850i, which will be a four-door car and is set for a fall release. The announcement shows a big change from the previous model, which was a two-door design. The new model is also 201mm longer and 70kg heavier than the 8 Series Coupe. However, the weight of the car can be brought down with available carbon fiber pars. The new model will have an $87,000 price point.

The next edition 8 Series Gran Coupe is powered by a twin turbo V8 engine, that can car to speeds of 60 mph in 3.9 seconds, and produces 526 BHP. The new engine is coupled with a new 4WD steering system, which features active steering, which helps guard against oversteering during high-speed driving.