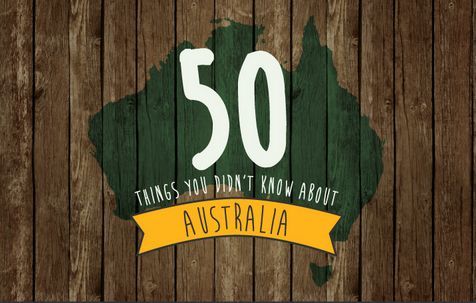 Created by NeoMam Infographic Studios, the infographic brings to light some bizarre and fascinating facts about the beer and marmite loving country. Australia was first formed as a Commonwealth country on the January 1, 1901, and Canberra was founded as the capital in 1911.

But onto the weird stuff, out of the 22.9 million people living in Australia, approximately 22 per cent can claim to have an ancestor who was a convict, according got to the 50 weird Australia facts infographic. Australia is home to the world’s longest golf course at 848 miles long, while the man with the widest tongue in the world—measuring 7.9 cm—us Australian Jay Sloot. It took former Prime Minister Bob Hawke 11 seconds to down two and a half pints of beer. In a more ominous fact, in 1967, the then prime minister, Harold Holt, disappeared without a trace.
3.1
Score
Popularity
Activity
Freshness
Get Trend Hunter Dashboard

Gloomy Train-Traveling Photos
Iam Adams Takes Us For a Ride in His Photo Shoot 'Going Somewhere?'