50 Cent And Apple Near Partnership? 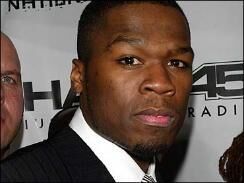 Greg Ponesse — June 28, 2006 — Pop Culture
References: cbsnews
Fans of rapper 50 Cent know they can find him "In Da Club," but soon they might be able to find his computer on "da desk."

50 Cent, whose real name is Curtis Jackson, is negotiating a branding deal with Apple Computer to create a line of computers more affordable to those in lower income brackets, Forbes reports.

The rapper, whose motto is "Get Rich or Die Tryin'," is no stranger to the benefits of branding deals, which have helped him to accumulate a relentlessly growing empire. Last year alone, Forbes says he netted $41 million through a variety of endeavors.
4.4
Score
Popularity
Activity
Freshness