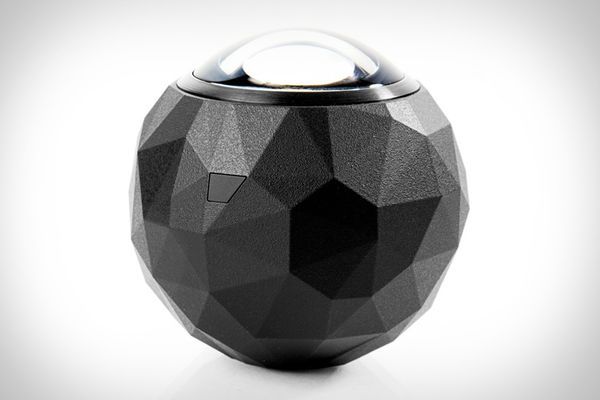 The 360Fly Camera Ensures All Moments are Captured at Once

Meghan Young — March 1, 2014 — Art & Design
References: 360fly & uncrate
Share on Facebook Share on Twitter Share on LinkedIn Share on Pinterest
The next evolution of the GoPro, the 360Fly Camera is a small, mountable video recorder that is not limited to what is in front of a person. Instead, it takes cues from some sophisticated security cameras by filming in 360 degrees horizontally as well as 240 degrees vertically. The 360Fly Camera is just what people need to ensure that a moment is never lost, unless they want to lose it.

Designed by EyeSee360 in partnership with VOXX International, the 360Fly Camera can be used by just about anyone, from the extreme sports enthusiast to parents shooting their children's birthday party. Whether mounted on a helmet or placed in the middle of a dining table, the 360Fly Camera ensures that people will have a record of the most significant times in their lives.
4.5
Score
Popularity
Activity
Freshness
Get Trend Hunter Dashboard