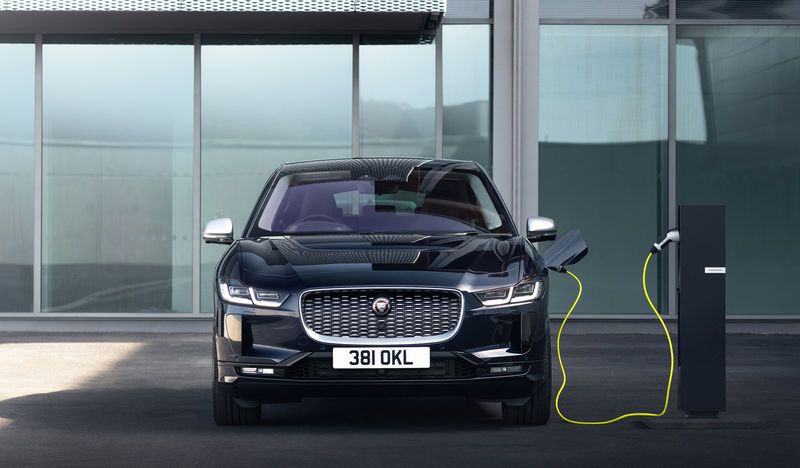 Daniel Johnson — June 24, 2020 — Autos
References: media.jaguar & engadget
Share on Facebook Share on Twitter Share on LinkedIn Share on Pinterest
Jaguar announced that the 2021 I-Pace will feature a number of improvements, however, the hardware aspects will remain the same. One of the most notable improvements relates to charging, the previous version of the car was equipped with 7kW charger, however, this was increased to 11kW for the 2021 I-Pace. The improved charging system will extend the rage of the car by a total of 33 miles for each hour it is charged. The car can be completely charged in a time frame of eight hours.

The display was also enhanced, which will now include a Pici Pro system, as well as a 12.3-inch HD display. Jaguar is listing the new I-Pace at a price starting at $81,150.