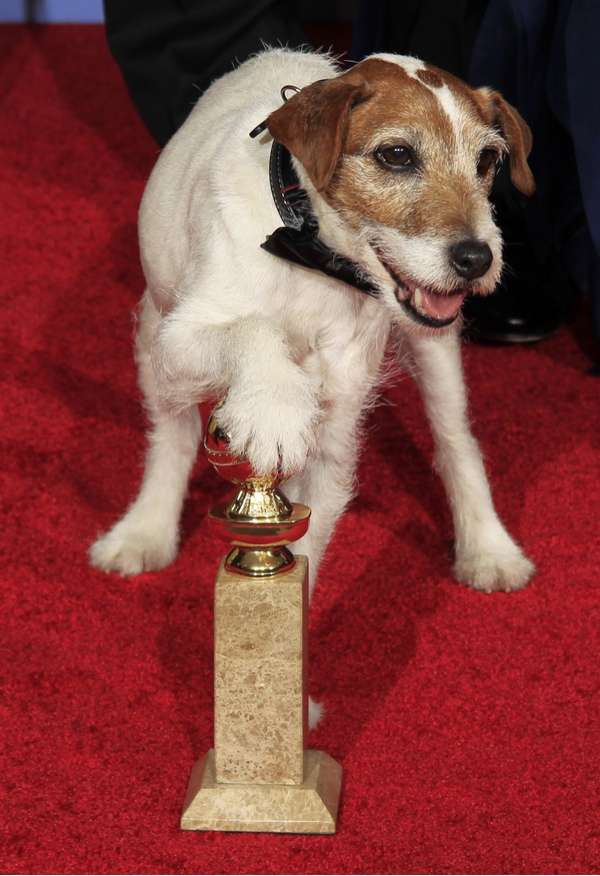 Rebecca Byers — January 16, 2012 — Pop Culture
References: ibtimes & washingtonpost
Share on Facebook Share on Twitter Share on LinkedIn Share on Pinterest
While for the most part, the 2012 Golden Globes red carpet was the usual star-studded spectacle, Uggie the dog, who starred alongside Jean Dujardin in The Artist, stole a good portion of the spotlight both before and after the film's big win. The Jack Russell terrier, who wore a black bowtie, was the only canine to attend the 69th Annual Golden Globes.

If Uggie hadn't stole the show on the 2012 Golden Globes red carpet, he definitely had by the time he joined his fellow cast members on stage to accept the Golden Globe for Best Motion Picture - Musical or Comedy. Uggie is one of three Jack Russell terriers who played the role of Jack the dog in the film, although it is said Uggie performed the majority of the scenes.