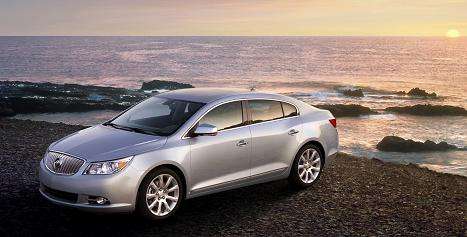 The 2010 Buick LaCrosse has its design influences rooted in the traditional Buick style, but also modern design and Eastern aesthetics.

Implications - "The overall impression is one of harmony and continuity," said Mike Pevovar, the exterior designer manager. "There's an international look and feel to the 2010 LaCrosse, yet it is instantly recognizable as a Buick."

What a perfect blend of history, tradition, and technology.