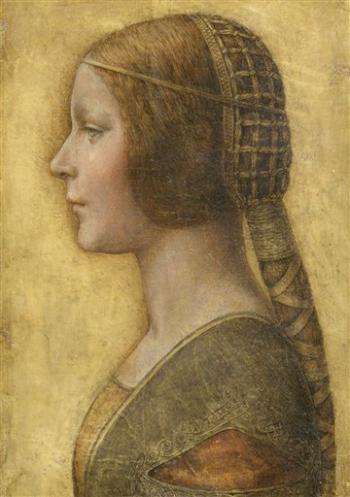 The anonymous collector bought the painting thought to be the work of a German artist in New York back in 1998 simply because he liked it. It spent the last 10 years unframed, in a drawer in his house. It was only when he showed it to his friend, Peter Silverman, a Canadian art collector, who at once thought it might be a da Vinci and set in motion an investigation.

Experts at France’s Lumière Technology used scanning technology to analyse the brush strokes and confirmed the painter’s identity. Further tests will include dating the parchment and drawing materials.

Other art experts who have examined the painting agreed based on the sitter’s period hairstyle and the left-handed painting style. It was likely commissioned by a female aristocrat to show off her charms to potential suitors.

The owner has since transferred the painting to a safe as he wishes to avoid equally astronomical insurance!
2.1
Score
Popularity
Activity
Freshness
Access Advisory Services