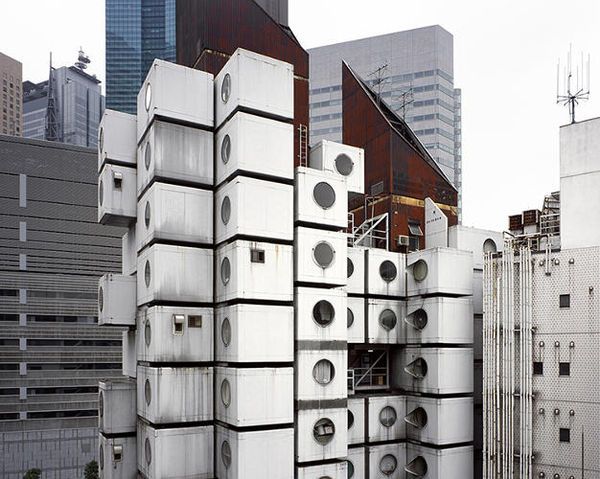 1972 by Noritaka Minami is Depressingly Futuristic

Meghan Young — September 27, 2013 — Fashion
References: noritakaminami & fastcoexist
Share on Facebook Share on Twitter Share on LinkedIn Share on Pinterest
Shoebox condos and even more extreme examples of micro-living might be all the rage right now, but people have been living in Japan's Nakagin Capsule Tower for decades. Captured with fresh eyes for the photo series titled 1972 by Noritaka Minami, a photographer based in Boston and Los Angeles, the dystopian complex was created for a post-war Japan. Created under the banner of 'Metabolism,' it heralded "a new type of architecture that attempted to overcome the problems that plagued traditional urban planning," according to Minami.

1972 by Noritaka Minami captures the state of the tower today. Comprised of 140 capsule units, all of which are just over 100-square feet, some are used as offices, weekend homes and primary housing. Although very modular, the cramped quarters are anything but comfortable as it is easy to see.
6.6
Score
Popularity
Activity
Freshness
Access Advisory Services