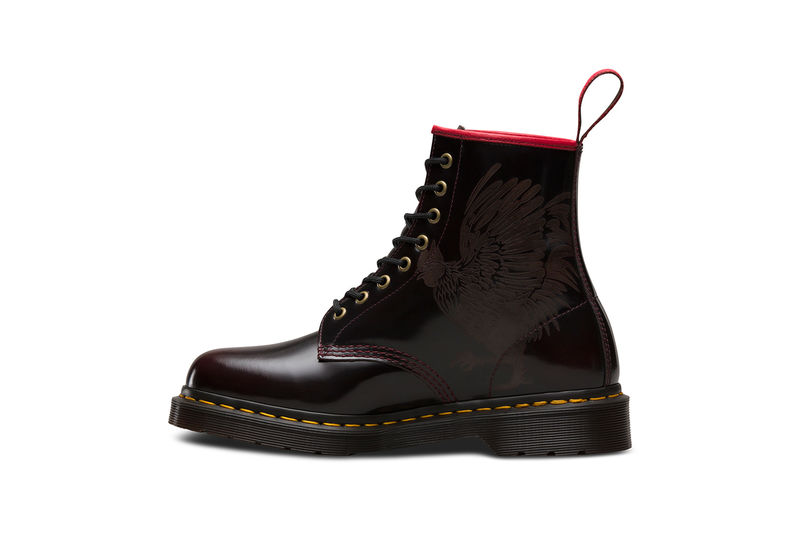 Although the theme surrounding the brand's updated 1460 Boot is instantly evident, the design isn't too overwhelming. Dr. Martens manages this by including a laser-etched rooster on the sides of the footwear. These intricate designs take up the majority of the sides, but they blend into the rest of the burgundy leather for a more subtle look.

On the top of the boot, a band of bright red is included, which extends up to the heel tab as well and just above the sole, yellow stitching is featured. These accents give the new 1460 Boot just the right amount of color, making for a unique release that's still versatile.
5.5
Score
Popularity
Activity
Freshness
View Innovation Webinars