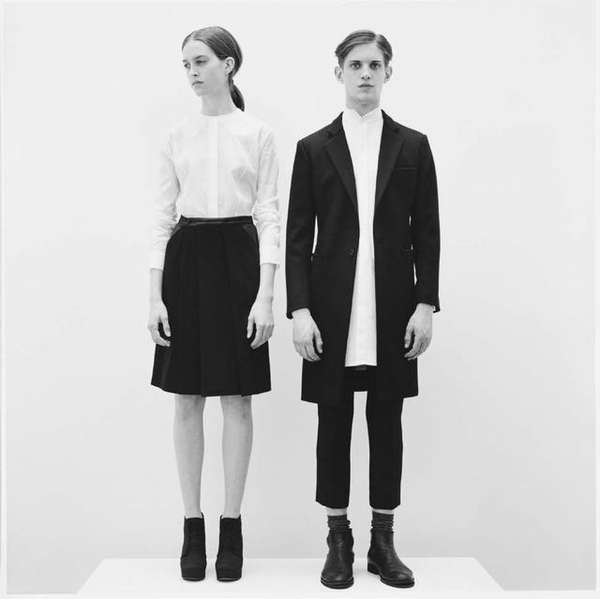 The 1205 AW11 Collection is Filled With Sparse, Unisex Looks

Meghan Young — July 11, 2011 — Fashion
References: 1205.eu & stylebubble
Share on Facebook Share on Twitter Share on LinkedIn Share on Pinterest
When I was going through the 1205 AW11 lookbook, I couldn't help but think about Grant Wood’s famous American Gothic painting. You know, the portrait of the old husband-and-wife farmers. That simple, Amish-inspired look is exactly what comes to mind when presented with the 1205 AW11 collection.

Designed by Paula Gerbase, the 1205 AW11 collection didn't have that painting or culture in mind, however. Instead, Gerbase was inspired by the idea of unisex clothing, creating a collection that flowed between feminine and masculine fashions rather than halting abruptly between each look and item. Instead of limiting herself to one gender, Gerbase embraces both, playing on structured and fluid qualities as well as traditional and new ones for a cohesive 1205 AW11 collection.

Although simple in terms of color and prints, the 1205 AW11 collection is still full of texture and dimension.
4.7
Score
Popularity
Activity
Freshness
Access Advisory Services