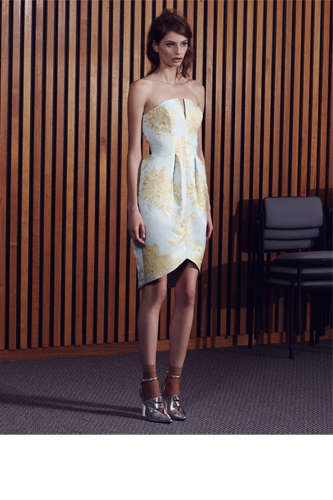 The Zimmermann Fall 2013 Collection is Made for Mature Teens

Meghan Young — March 3, 2013 — Fashion
References: us.zimmermannwear & refinery29
Share on Facebook Share on Twitter Share on LinkedIn Share on Pinterest
The Zimmermann Fall 2013 collection may be inspired by high school, but it is way beyond anything even Blair Waldorf and Serena van der Woodsen would have worn. Granted, they had to wear uniforms, but that's besides the point. Titled 'Class of 2013,' it looks more like the label is celebrating a graduation into a mature style sense rather than the real world.

Instead of varsity jackets and casual tees, ripped denim and plaid skirts, the Zimmermann Fall 2013 collection is comprised of everything luxurious from high-tech materials to modern, asymmetrical shapes. Perhaps the schools in Australia are simply a lot more chic, or designers Nicky and Simone Zimmermann had a luckier experience.

Bringing the Zimmermann Fall 2013 collection around full circle, the catalog was shot in high school classrooms and corridors.
6.6
Score
Popularity
Activity
Freshness
Get Better and Faster