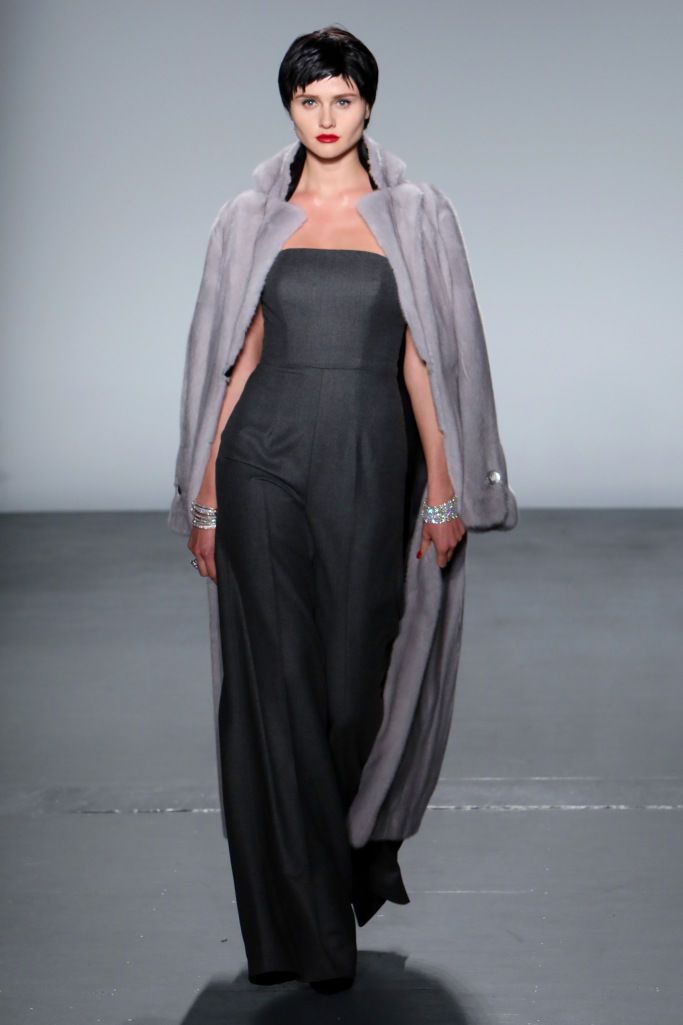 Amy Duong — February 15, 2018 — Fashion
References: wwd
Share on Facebook Share on Twitter Share on LinkedIn Share on Pinterest
Designer Zang Toi draws a strong influence from his inspiring trip to Italy, and incorporates his visions into his newest Fall 2018 collection. The entire capsule takes on the theme of a Roman holiday as a result of Toi's admiration for the beautiful elements of the city. He states that it was the entire city of Rome that inspired him to craft the timeless pieces for Fall.

The overall color palette is predominantly gray and charcoal, but with bold touches of orange, pink, and red as well. Zang Toi nods to the iconic Valentino and designs a red gown as Valentino includes a red gown in every collection of his. The overarching focus of the Zang Toi Fall 2018 collection is an elegant and tailored silhouette. The collection features pieces such as palazzo pants, tailored coats, sweater dresses, gowns, skirts, tops, and coats.