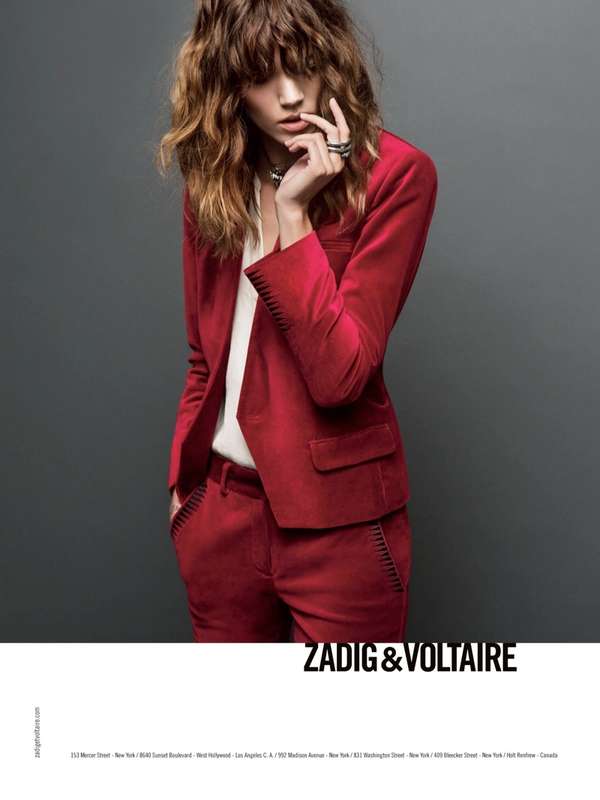 Meghan Young — August 18, 2013 — Fashion
References: zadig-et-voltaire & fashiongonerogue
The Zadig & Voltaire Fall 2013 ad campaign is as rockstar chic as ever. Yet instead of going all out in the eccentric department, the looks embrace more of a casual, cozy feel that many will be attracted to for the cooler autumn season. Of course, there are no sweatsuits in sight. Instead, the collection focuses on bold knits and androgynous fits that yield effortlessly stylish ensembles.